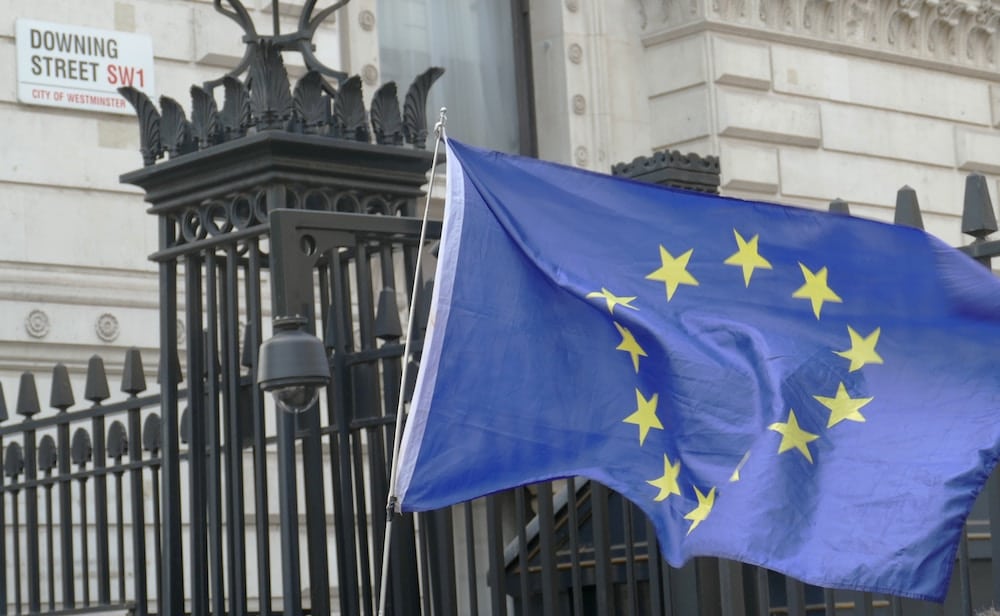 How Will Brexit Affect My Holiday Home?

How will Brexit affect my holiday home? As Britain is currently in the transition period, there is no immediate effect. However, after December this year, there may be major consequences in owning a property abroad in terms of visas, permits, laws and taxes.

Immediately after the withdrawal, the United Kingdom entered a transition period, which is due to last until 31st December 2020. During this time, all the major regulations for EU citizens remain the same for British citizens, so nothing has changed, yet.

Over the next 11 months, the British government must negotiate with each country in the EU for post-transition requirements for British citizens. All in all, they must reach an agreement for January 2021. But there does that leave you and your holiday home?

What Will Brexit Mean for my Holiday Home?

Currently, members of the EU can buy a property in any country within the EU and live there for as long as they please. Following the transition period, Britain could lose these rights and may require permits to purchase a property, or even stay longer than a period of 90 days. There may also be an increase in tax and insurance and different regulations for taking out a mortgage.

How will Brexit affect my holiday home? Let’s take a look at the ways Brexit will affect your holiday home in Spain, France, Italy and Portugal, and also in the rest of the EU.

Spain is one of the most popular holiday destinations for British tourists, with over 17 million visiting the Iberian peninsula every year. With the high number of Brits who go there on holiday, many move there too. However, according to Spain’s National Statistics Institute, the official number of British people living in Spain has decreased from 397,000 to 240,000 in the past 5 years. Despite the drop, the British people continue to be the top foreign buyers in Spain. 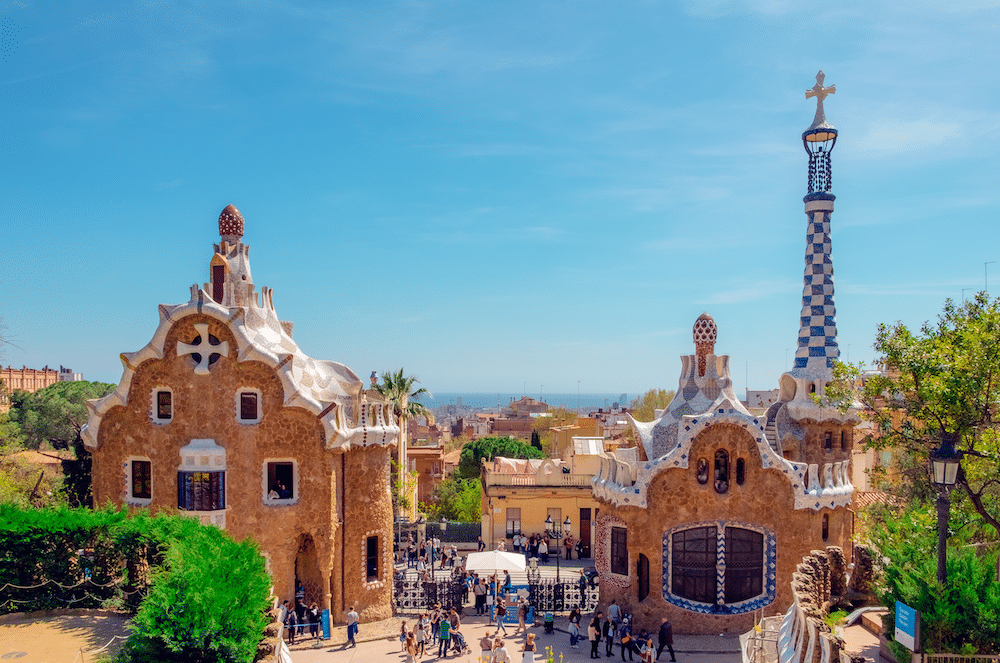 There are currently no restrictions that homeowners in Spain need to be an EU national; non-EU citizens, such nationalities such as Americans and Swiss have been buying properties in Spain for decades. Therefore Brexit will not prevent you from buying or owning a property. Additionally, a citizen of any nationality can request a mortgage in Spain, provided that you have all the required credit score.

But can you still rent out your holiday home in Spain? Absolutely! As there are no laws which state that homeowners who rent out their property need to be an EU citizen, so you can still continue your business. However, when it comes to tax laws, it’s slightly different we there may be an increase. At present, EU citizens are charged a 19% tax, whilst non-EU citizens are taxed 25%. 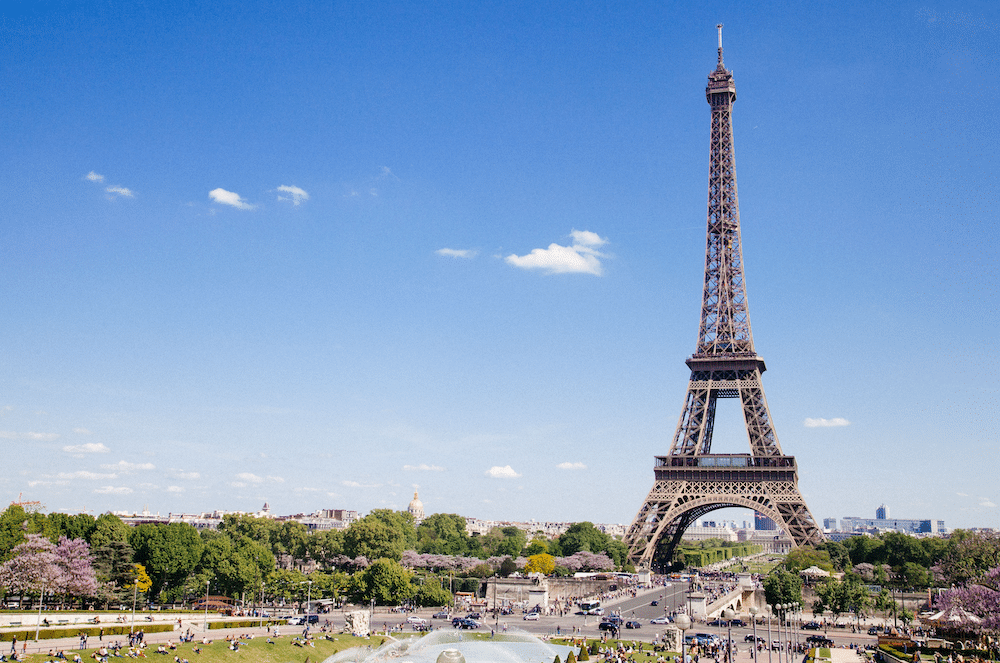 Around 200,000 Britons own a holiday home in France. Similar to Spain, British citizens can continue owning, buying and selling a property in France without any major implications.

Although the post-transition requirements are still unclear, there are some things that could occur, such as financing your property. In the future, British citizens who wish to obtain a mortgage in France will not be able to borrow as much as EU nationals. As it stands, non-EU residents can borrow up to 60-65% compared to EU residents who can take out a mortgage of 80%. Nevertheless, the tax laws are the same for EU and non-EU citizens. 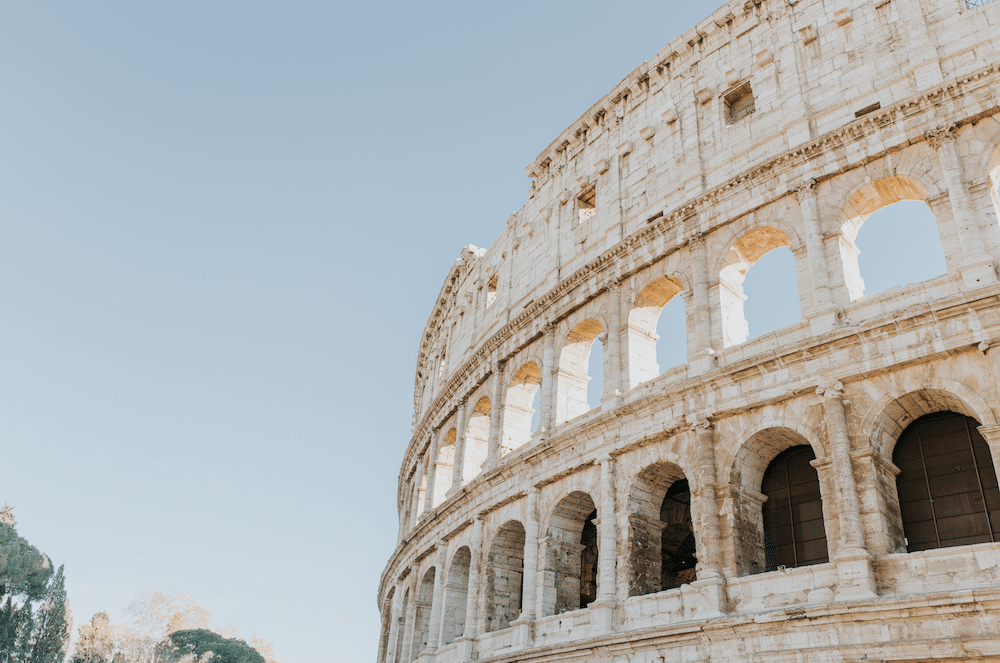 Italy was one of the first EU countries that provided reassurance for the British people regarding Brexit, with an estimated 64,000 Brits living there. Even though Britain has left the EU, British citizens are still entitled to work and live in Italy and remain as legal residents. In addition, British people who’ve lived in Italy for the past four years can apply for Italian citizenship.

If you own a property in Italy, your right to own will not be affected by Brexit. British citizens who rent out their holiday homes can continue to do so. 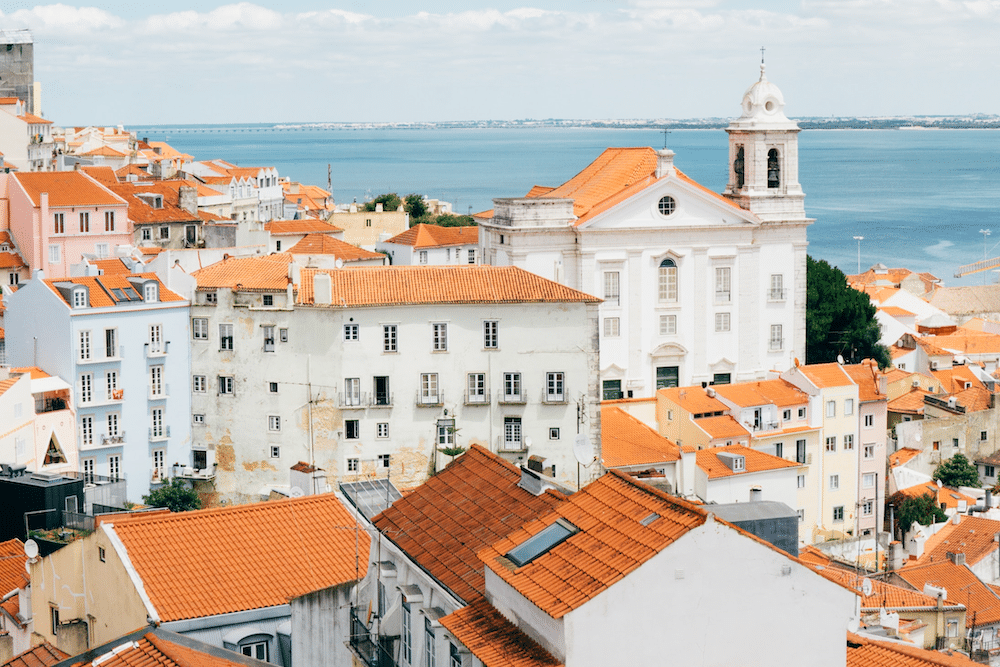 There are over 50,000 British citizens living in Portugal, with the country being the third most popular destination for Brits to buy a holiday home. There are no current restrictions on nationality when it comes to purchasing a property.

The Portuguese prime minister has sought to protect the rights of UK nationals who live in Portugal and invest in their economy. With the latest Brexit deal, British people can continue to live and own property in Portugal. However, there may be some changes in the amount of tax that non-EU citizens must pay.

Holiday Homes in the Rest of the EU

Since the Brexit referendum, the British pound has fluctuated. At times, it’s become weaker or stronger and some people have taken advantage of this and bought a holiday home abroad. In fact, today half a million UK citizens own a property in the EU.

Depending on each country in the EU, there may be legal implications regarding homeownership once the transition period is over. As British people are no longer be EU citizens, there may be tax implications as well as other costs such as insurance.

Homeowners are advised to check the regulations in the country where their holiday home is located, as different countries have different rules for non-EU citizens in renting out a property in Europe.

Further Implications for Homeowners in the EU

The British economy is expected to fluctuate, therefore people may not have as many funds to travel. For those who do travel abroad, they could spend less, as the Pound will be against the Euro.

British owners with properties abroad who are currently only catering for British tourists may need to think of diversifying their client base. The main reason is that after December 2020, there may be a reduction of British tourists traveling to the EU. 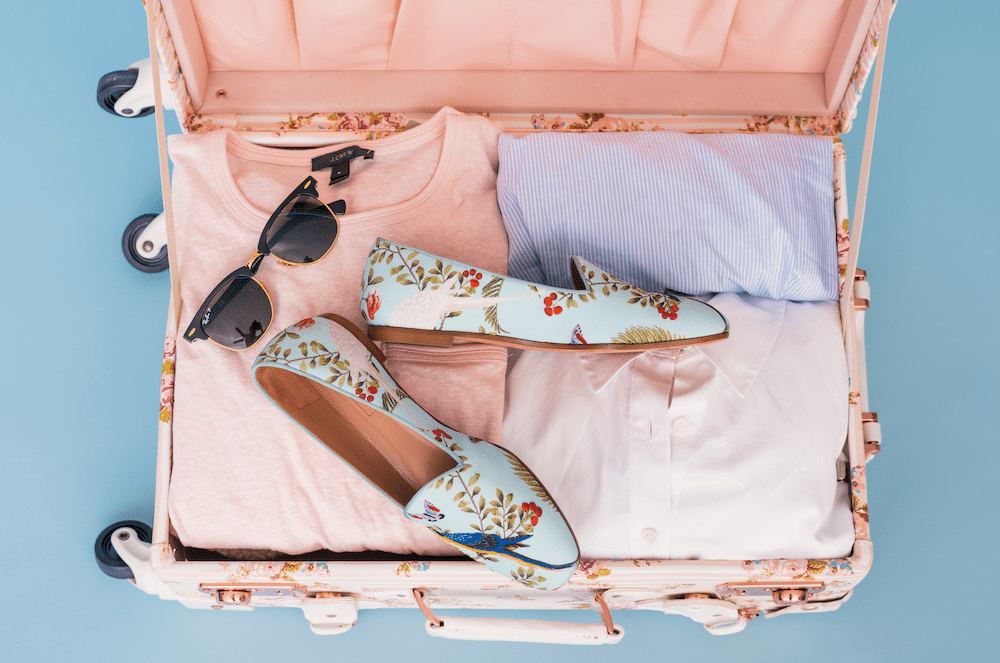 British citizens will need to have at least 6 months on their passport before it expires if they want to leave the country. This means that for those who have less than 6 months until their expiry date may be less reluctant to travel, as they will need to apply and pay for a new passport and wait some time for it to arrive.

If your property is only catering for British tourists, you may find that British clientele will decrease. To get ahead of Brexit, it’s a good idea to start advertising for clients in other countries.

For example, if you are renting your property in Spain, who else goes on holiday there? Germany, France, and Italy are among the most visitors that travel to Spain. One of the best ways to attract international travelers is to translate your website into multiple languages. There are also many other quick and easy ways to advertise your property.

Renting out Your Holiday Home

If you currently live in an EU country and own and manage a property there, now is the time to get all the correct documentation in order, including a residence permit. British citizens may only be able to stay in an EU country for 90 days within a 180 day period, so you may need a residence permit. This will entitle you to continue living there even after the transition period ends.

Keep Calm and Carry on

After nearly 4 years of negotiations, Brexit finally happened. But there’s no need to panic.

How will Brexit affect my holiday home? Well, it could be that there won’t have any major implications on your property abroad. But just in case, it’s better to keep a record of all your documents, proving that you are the owner and that you have the right to rent out your holiday home to guests. This also includes keeping a record of licenses and taxes you’ve paid.

Nothing will be made clear and certain until the end of the transition period. Lodgify will keep you up to date as usual. In the meantime, keep calm and carry on. 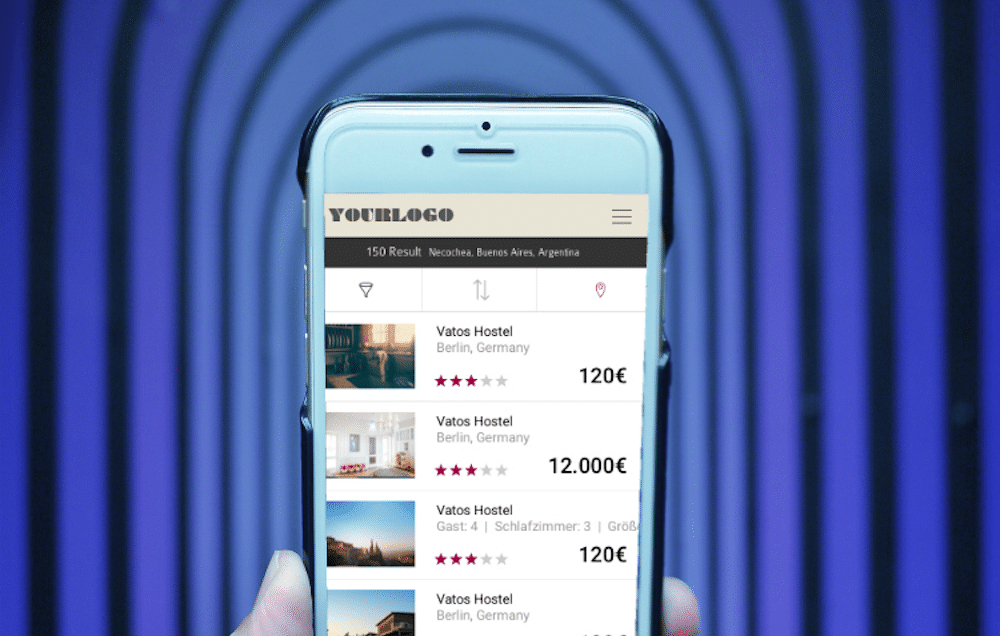